If you’ve been living under a rock, you may not have heard that Blade Runner 2049 opens in theaters this week. This is a sequel to the original Blade Runner from 1982. It stars Ryan Gosling, Harrison Ford, and Ana de Armas. 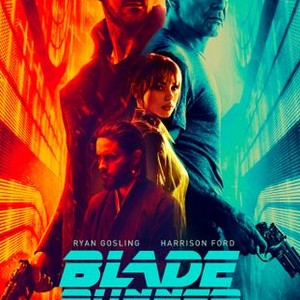 Thirty years after the events of the first film, a new blade runner, LAPD Officer K (Ryan Gosling), unearths a long-buried secret that has the potential to plunge what’s left of society into chaos. K’s discovery leads him on a quest to find Rick Deckard (Harrison Ford), a former LAPD blade runner who has been missing for 30 years.  rottentomatoes.com

Before you read the reviews Blade Runner 2049, you should definitely watch the trailer, as it’s fantastic and beautiful.

Are you drooling yet?

The initial reviews are looking incredible for Blade Runner 2049!

Here’s a roundup from the early reviews:

Critics Consensus: Visually stunning and narratively satisfying, Blade Runner 2049 deepens and expands its predecessor’s story while standing as an impressive filmmaking achievement in its own right. – 94% – rottentomatoes.com

Mid-90’s on Rotten Tomatoes for a sequel is amazing!

“Blade Runner 2049” boasts such an enticing assortment of elements it’s frustrating that they aren’t assembled into a movie that fully delivers on its promise. Yet despite Ryan Gosling, a striking visual template and Harrison Ford reprising the role he played in the 1982 sci-fi classic, glitches mar this undeniably ambitious but drawn-out exercise. cnn.com

CNN says that Blade Runner 2049 is flawed, but goes on to give it a high rating.

Does Blade Runner 2049 top the original?

The action is set in a sci-fi dystopia. Instead of focusing on the technology that led to that mess – a backstory seeps in, involving famine and a catastrophic data-destroying blackout – the film takes an issue planted in the original movie and makes it the sequel’s central, resonant mystery. Do memories make us human? If not, what does?

The film makes very few actual missteps, but they exist. Jared Leto, wearing milky contacts as a blind genius and corporate tycoon who solved the food crisis, is pallid on screen, a stylised cliché.  The music, by Benjamin Wallfisch and Hans Zimmer, can be intrusive, and is especially cloying at a moment when K makes an important discovery. bbc.com

BBC does a lot of comparing of it to the original Blade Runner, but gives it props for its overall quality.

No cynical cash-grab or by-the-numbers repeat, this is a sequel that manages to go deeper on the ideas offered by the first film. “2049” isn’t here to answer the first film’s questions about the differences between the natural and the artificial, or the membrane that separates the two concepts, or who gets to make that distinction, but it does take those questions to an even more thoughtful place. In a future dystopia where the outdoor world is always bleak — those off-world colonies remain the place to be — nature only seems glorious when presented as a simulacrum.

Here’s hoping modern audiences take to the new “Blade Runner” with more enthusiasm than they did in 1982, because this sequel proves that this world merits repeat visits. sfgate.com

And finally, Chris Stuckmann, the second biggest movie reviewer on YouTube gives Blade Runner 2049 his highest score, an “A+”

One thing I didn’t realize was that the original Blade Runner was out in 4k format. Stuckmann mentions that it’s the best 4k restoration of any older film. I found Blade Runner The Final Cut 4k on Amazon and even though it’s a bit pricey, I think I just might have to pick it up!

Have you seen it? What did you think?

Be Kind and Rewind:

My love of bad movies goes back more than 30 years, when I was given a “no limits” video rental card at the age of 10. This is what it all led to. Looking for something new to watch? Check out my favorite movies.

What do you think? Cancel reply